Savvas Karafyllidis received his Master’s Degree by working under a programme of the European Union, concerning the countries of the Mediterranean. Savvas is the first foreign student in the University of National and World Economy who graduated with honours and received scholarship for internship in Brussels.

He received a post-graduate qualification in International Accounting Standards by the same university (UNWE).

Following a successful career in the public and private sector in Greece and Bulgaria, from 1998 until today, I embarked on establishing my company UNION BALKANS BUSINESS OOD based in the capital of Bulgaria – Sofia.

Since 2007, the year of Bulgaria’s accession to the European Union, I permanently live and work in Sofia, Bulgaria. I am well-versed in the economic and political situation in the country, knowledge backed up by my Economics major by the University of National and World Economy in Sofia. I witnessed the Bulgarian transition towards democracy as well as the changes in the financial sector following this transition. In my work since 2007 until today, I continue to meet many Greek businessmen who experience difficulties in conducting their business in Bulgaria. Bulgaria is an attractive investment venue mainly due to its low tax burden, but for businessmen not well-versed in Bulgarian legal system and traditions, there can be a lot of difficulties. For that reason I established UNION BALKANS BUSINESS OOD. We provide assistance to Greek and other foreign businessmen in their endeavors. In this way they can feel confident and secure to start their business enterprise.

Thank you in advance for your cooperation and trust. 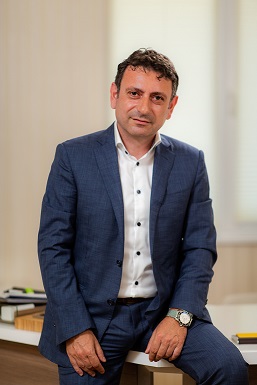 Graduated from the University of National and World Economy (UNWE) in Sofia, Bulgaria in 1994, majoring in “International Economic Relations”.